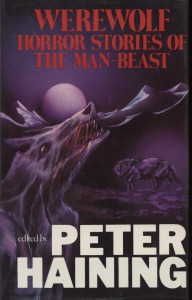 Yet another bogus claim by anthologist Peter Haining, as investigated by Douglas A. Anderson on Wormwoodiana.

Anderson says, “I’ve written elsewhere of a few other instances of his outrageous frauds (for one, where he lifted one author’s story from an early Weird Tales and claimed it was by Dorothy Macardle and from an Irish magazine) . . . Now I’ve happened upon yet another example of Haining’s premeditated deceit. I’ve recently been looking closely into the writings of Guy Endore (1900-1970), author of The Werewolf of Paris (1933).
Read entire article
Loading Comments...