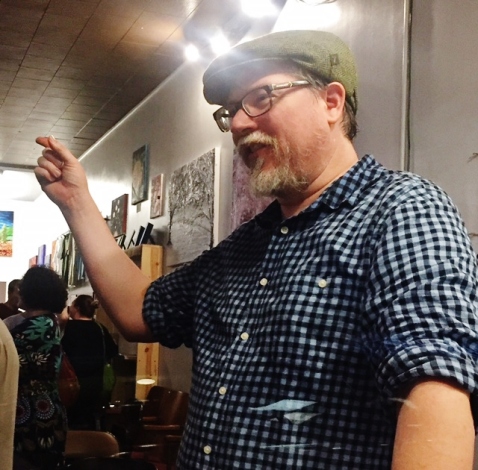 Psychogeography was defined in 1955 by Guy Debord as “the study of the precise laws and specific effects of the geographical environment, consciously organized or not, on the emotions and behavior of individuals.” – from Introduction to a Critique of Urban Geograhy, 1955

From Burrow Press, an interview with Tim Gilmore by Hurley Winkler:

Before I ever met TIM GILMORE, I met his writing. I was a teenager, eager to explore the dozens of overgrown abandoned sites strewn throughout my hometown of Jacksonville, FL. I was still cautious, though, and did what any millennial would do before entering a sketchy building—I Googled it. That’s how I found Jax Psycho Geo, a blog Tim keeps to document his exploration of mysterious places in Jacksonville. Tim’s website not only gave me courage to explore, but introduced me to some of my favorite pieces of creative nonfiction.

Hurley Winkler: I want to ask you about your blog, Jax Psycho Geo, since that’s where I first started reading your work. What let you to start writing a blog?

Tim Gilmore: To begin with, I wanted to write this huge, sprawling postmodern novel. I wanted to represent the entire city as a novel somehow. And if you did that, you’d have to just sample everything you could sample, whether that was something hugely and historically significant, like Axe Handle Saturday, or if it was a woman falling asleep at her piano in Queens Harbor.

So I did that, and then realized that it was just huge and unwieldy. I wanted to expand so many of the smaller stories into bigger stories. I started the website, and originally, the first stories were all parts of what I thought was going to be this novel about Jacksonville. Instead, I put them all up [on the website] in a couple of days. That was five years ago.

HW: And you just kept going.

HW: You use the word “sample.” What do you mean by that?

TG: Like sampling in music. You can’t represent the entirety of anything, because that wouldn’t be a representation. Anytime you try to represent something, you misrepresent it automatically because it is a representation. It’s not the thing, and it can never be the thing. It seemed to me that the way to picture an entirety of something was to show glimpses—almost impressionistically—of what might be happening all over town at the same time. That’s the most you could ever see of the whole picture. 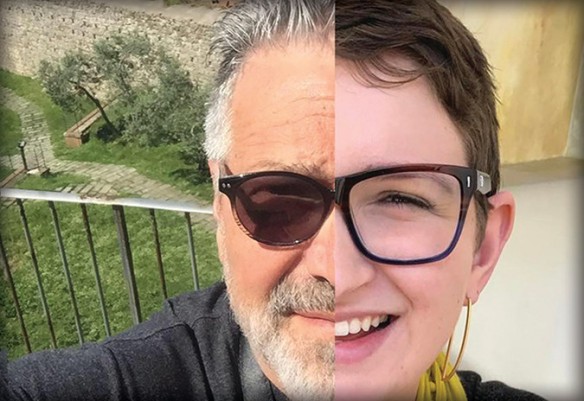 Hurley Winkler is good at far too many things. Her CV includes helping produce Swamp Radio and Perversion magazine, and she’s just finished her master of fine arts in creative writing at Lesley University. Jim Draper is primarily known as a visual artist whose work has been seen in galleries, in the airport, on the façades of public buildings — on and on. But he’s not just a visual artist. Draper says, “Words are our primary symbols.”

On Feb. 23, each will perform a reading of their work at the second monthly installment of JaxbyJax.