Here’s an intriguing article about a screenplay written by a computer. I found this at ARS Technica.

Knowing that an AI wrote Sunspring makes the movie more fun to watch, especially once you know how the cast and crew put it together. Director Oscar Sharp made the movie for Sci-Fi London, an annual film festival that includes the 48-Hour Film Challenge, where contestants are given a set of prompts (mostly props and lines) that have to appear in a movie they make over the next two days.

“As soon as we had a read-through, everyone around the table was laughing their heads off with delight,” Sharp told Ars. The actors interpreted the lines as they read, adding tone and body language, and the results are what you see in the movie. Somehow, a slightly garbled series of sentences became a tale of romance and murder, set in a dark future world.

Benjamin is an LSTM recurrent neural network, a type of AI that is often used for text recognition. To train Benjamin, Goodwin fed the AI with a corpus of dozens of sci-fi screenplays he found online—mostly movies from the 1980s and 90s. Benjamin dissected them down to the letter, learning to predict which letters tended to follow each other and from there which words and phrases tended to occur together. The advantage of an LSTM algorithm over a Markov chain is that it can sample much longer strings of letters, so it’s better at predicting whole paragraphs rather than just a few words. It’s also good at generating original sentences rather than cutting and pasting sentences together from its corpus. Over time, Benjamin learned to imitate the structure of a screenplay, producing stage directions and well-formatted character lines. 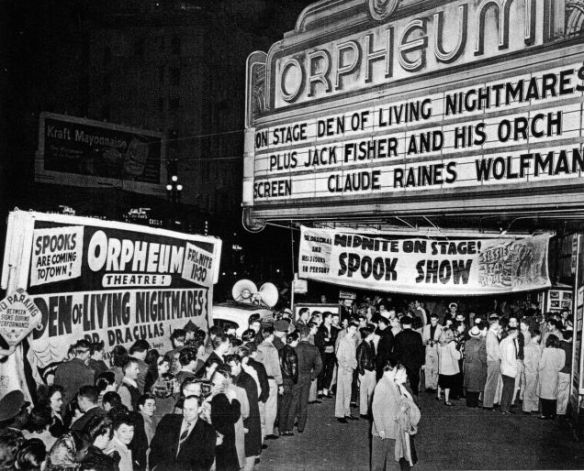 Midnight ghost shows (sometimes called “spook,” “voodoo,” or “monster” shows) promised a night of creepy and playful stunts. There were glowing ghosts, floating objects, psychic readings and dozens of other illusions, all playing off the nation’s interest in spiritualism between the two World Wars. 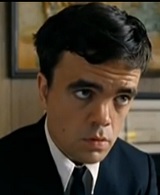 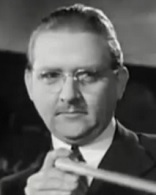 Jonathan Eng writes on CURNBLOG, “Film history is jam-packed with neuroses, psychoses, and character disorders writ large and small. As Vivian Leigh and Dustin Hoffman and Javier Bardem and Natalie Portman can attest, having a DSM-5 condition can lead to an Oscar. Russell Crowe, in A Beautiful Mind, had to settle for a BAFTA.

“When handled properly, onscreen breakdowns can tear at your emotions and stay with you long after the final credits role. Here are seven such on-screen breakdowns from movies that may be a little bit off the beaten path. Some feature outwardly normal characters getting pushed a little bit past their breaking points. Others show characters who walked onto the screen in a psychologically fragile condition. Whatever the diagnosis, chances are good you’ll remember the breakdown.”

When I was about 11 or 12 years old, I read in Famous Monsters magazine about a kid who made an amateur science fiction movie on 8 mm film. To achieve his ray-gun effect, the kid scratched each individual frame of film and colored the scratch with an ink marker. When, as a teenager, my parents gave me a Super 8 mm Camera for Christmas, I tried some film inking myself and was happy with the results. Some of this can be seen in my video “Cosmic Abyss (Father)” on Youtube under “Bill Ectric.” My video looks a lot like the footage seen at the beginning of this video, which, I was delighted to find today at Candlelight Stories, an interview with experimental filmmaker Stan Brakhage.

A blog called Film Noir of the Week reviews Séance On A Wet Afternoon, saying:

This is the story of a mentally unstable woman who believes that she communicates with the dead. Her hubris demands that she control and improve her fate, and so she turns to crime in order to satisfy her goals.

Séance on a Wet Afternoon from director Bryan Forbes has the standard ingredients of noir, and yet this highly unusual film–one of the most unusual noirs to emerge in the 60s–explores those ingredients in a novel way. Myra (Kim Stanley) and Billy Savage (Richard Attenborough) are a middle-aged couple who commit a crime in order to accelerate Myra’s career as a psychic.

Photo by JON M. FLETCHER / The Times-Union -Don Barton, who made “Zaat” in the early 1970s, kept the original creature costume in his garage. 2009 file photo.

Upon the death of Don Barton, the June 10, 2013 edition of Florida Times-Union (and Jacksonville.com),featured an article by Matt Soergel, who wrote “Don Barton brought “Zaat” to life in the early 1970s, and while the movie about a giant radioactive walking catfish-human monster was quiet for decades, it never really went away . . . The 1971 creature-feature played for a while at drive-ins and movie houses, mostly in the Southeast. It was bootlegged and retitled several times, and Barton learned hard lessons about the cutthroat movie business. It had a renaissance, though, after being mocked in 1999 on TV’s “Mystery Science Theatre 3000,” which featured science-fiction movies generally thought of as bad. By June  2001, “Zaat” made it to theaters again, playing to two packed auditoriums at the now-gone St. Johns 8 Theater on the Westside . . . Mr. Barton was a co-founder of the Florida Motion Picture and Television Association and won several awards for documentaries. In 1984, he became vice president of marketing at what’s now St. Vincent’s HealthCare, and later served on the hospital’s executive board.”  Read entire article

I have just learned that the estate sale for the late Mr. Barton will be held on Friday and Saturday, November 1st and 2nd. Some memorabilia from the movie will be available. Don V 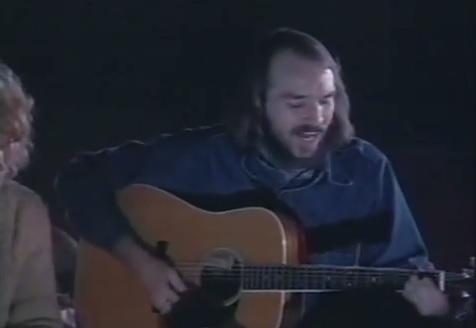 When I first saw Don Bartin’s low-budget horror movie, ZAAT (1971) I was surprised to discover that Jamie DeFrates makes an appearance! DeFrates is an accomplished musician/composer/producer, who lived in Jacksonville, FL at the time. DeFrates was born in Springfield, Illinois. His parents ran a Christian ministry that included a radio show called “The Golden Gospel Hour.” After college he traveled the country, playing guitar and singing in clubs from New York to San Francisco. DeFrates has been a national opening act for: Willie Nelson, Janis Ian, Leo Kottke, Little River Band, Jerry Jeff Walker, Richie Havens, Doc Watson, John Hartford, John Lee Hooker, and others. He eventually settled in Jacksonville, where he established a publishing company and recording studio. The music in ZAAT is credited to Jamie DeFrates and John Orsulak.

I’ve noticed some interesting parallels between ZAAT and another B-movie called Beware the Blob (1972), also knows as Son of the Blob, which was directed by none other than Larry Hagmen, between his stints in I Dream of Jeannie and Dallas. Read on…

While ZAAT featured a small role for Jamie DeFrates, whose upbringing was steeped in Gospel, Beware the Blob featured appearances by Larry Norman and Randy Stonehill, two of the pioneers of the “Christian Rock” genre, now called “Contempory Christian.”  You might think the makers of ZAAT got the idea to include Jamie DeFrates from Beware the Blob, but Hagman’s movie was released in 1972, ZAAT in 1971! Just below the credits for DeFrates and Hodgin, we see “Electronic Music: Jack Tamul,” another interesting Jacksonville musician who specializes in synthesized music. 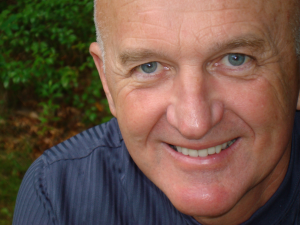 Ed Tucker is an aficionado of classic and vintage science fiction & horror films and memorabilia. He wrote the liner notes for the ZAAT 2-disc combo DVD. The official ZAAT website features an excerpt from an interview with Ed Tucker that first appeared in the April 2001 issue of Scary Monsters Magazine. Tucker begins:

I suppose being born in Ocala, Florida in the 1960’s in some way predestined me to my love and appreciation of motion pictures. The small town of Silver Springs is located so close to Ocala that, today, it is almost considered a suburb of it, but in the 1950’s and 60’s, it was a booming conglomeration of widely varied tourist attractions. Chief among these was Silver Springs itself, with its glass bottom boats, jungle cruises, and wildlife exhibitions. Hollywood often utilized the spring’s clear waters and jungle-like settings for every manner of production. From installments in the Tarzan film series to episodes of Sea Hunt and I Spy. But in my mind it will always be remembered for the underwater footage filmed for the 1957 3-D horror icon, Creature from the Black Lagoon. 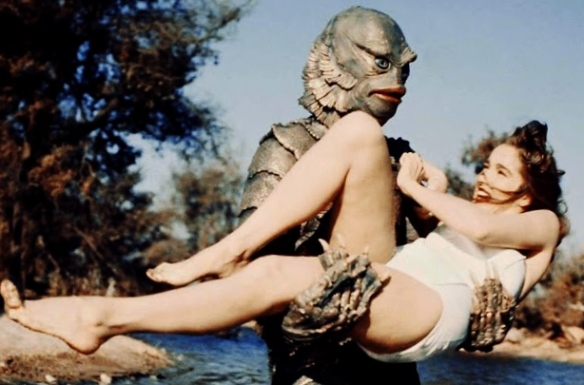 Ben Chapman as The Creature with Julie Adams

Here’s a web site dedicated to Ben Chapman, with a tribute by Julie Adams, who starred in the original 1954 classic along with Richard Carlson.  Adams begins the tribute with:

Hard to believe that on February 21st, 2013, Ben Chapman will have been gone for five years. Ben was a kind and generous man, with whom I had the good fortune to work with on Creature from the Black Lagoon. I remember the first time I saw him in the Creature costume, I was terrified. But as the production wore on I gradually became used to him as the Gill Man. By the middle of the production I would greet him in the morning with a friendly pat on his rubber cheek and say, “Good Morning, Beastie.” Working on the film together became part of a lifelong friendship that many years later took us to horror conventions all over the country: Chiller in New Jersey, Monster Bash in Pittsburgh, Monster Mania in Philadelphia, too many to remember.