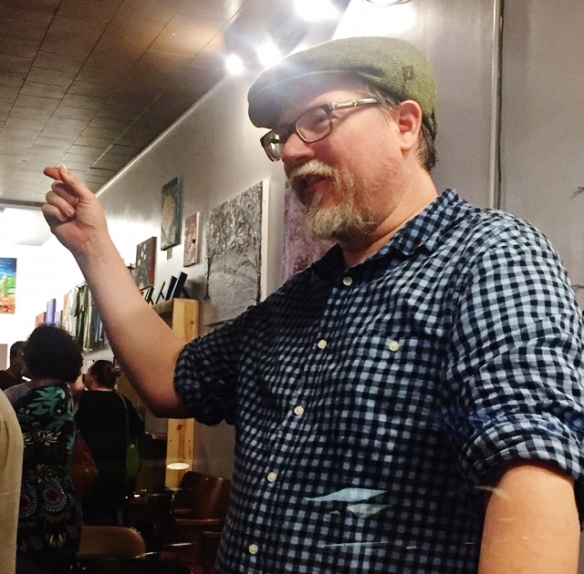 The Coniferous Cafe was packed Tuesday night, June 13th,  with every chair filled, many more people standing, and the crowd actually spilling out the door onto the sidewalk. I love this kind of motivated crowd, sincerely and lovingly united against bigotry and racism, ready to stand up for human rights. There aren’t many words I can use to describe the event other than to repeat the original announcement for the event:

This event was the first in a new Coniferous Cafe series called A People’s History of Jax with FSCJ Professor Tim Gilmore. You can also follow his seven-story series on the Klan in Jax at Jax Psycho Geo, starting here: https://jaxpsychogeo.com/all-over-town/ku-klux-klan-in-jacksonville/

Tim is the author of a wide variety of books and articles. Including but not limited to
* The Devil in the Baptist Church
* In Search of Eartha White, Storehouse for the People
* Central Georgia Schizophrenia
* Stalking Ottis Toole: A Southern Gothic

I would also like to bring your attention to the Jacksonville Progressive Coalition, organized by Wells Todd, and Karen who was present at the event.

Also present was Karen Roumillat of the Stetson Kennedy Foundation. 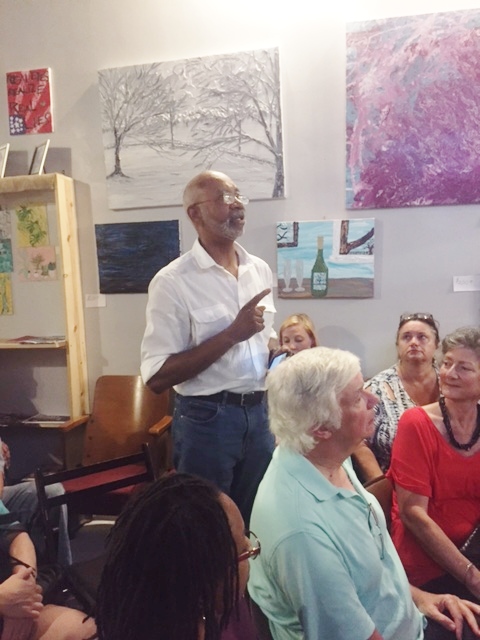 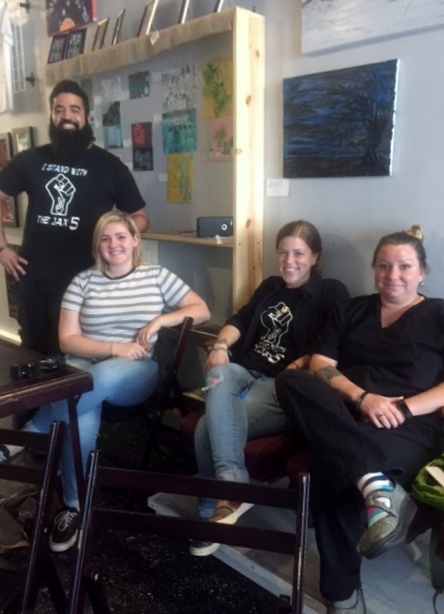 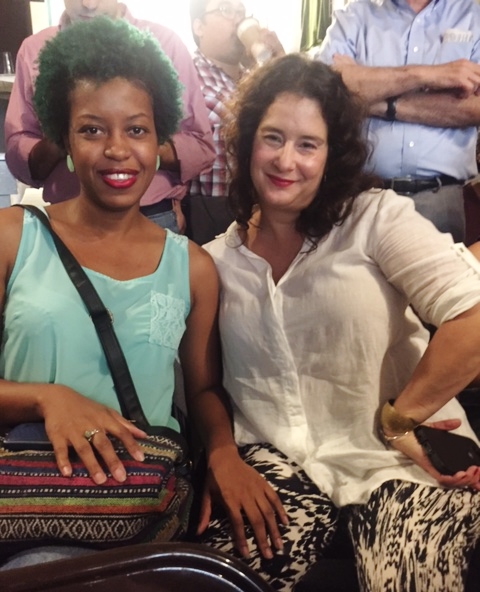 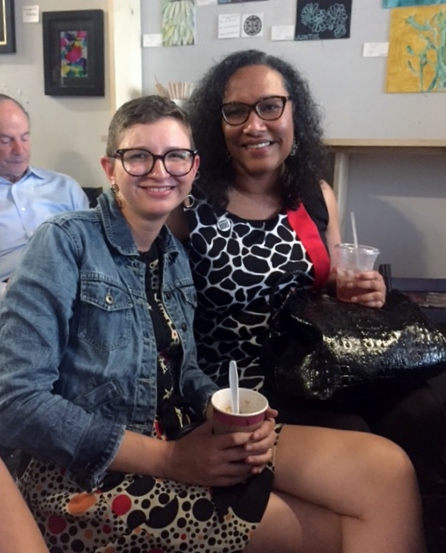 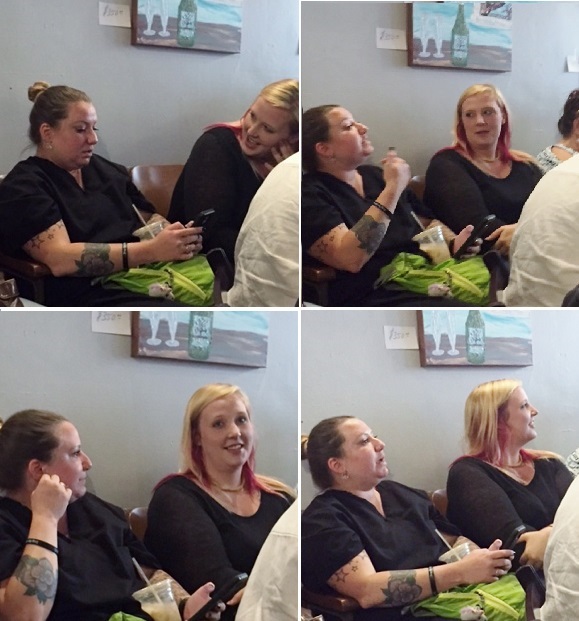 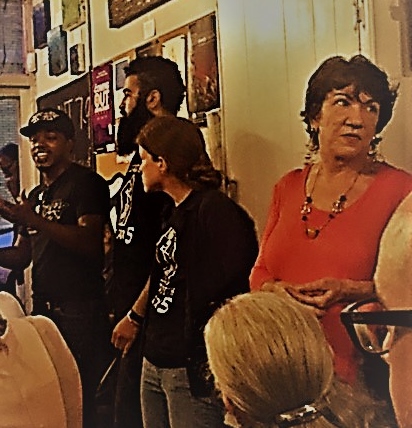 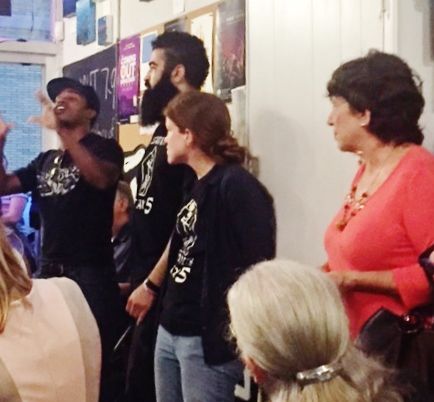 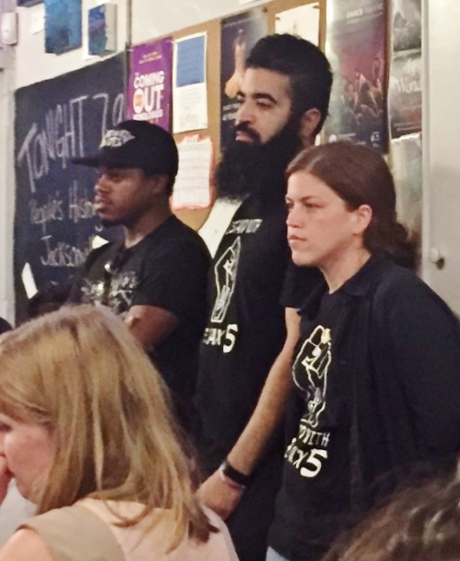 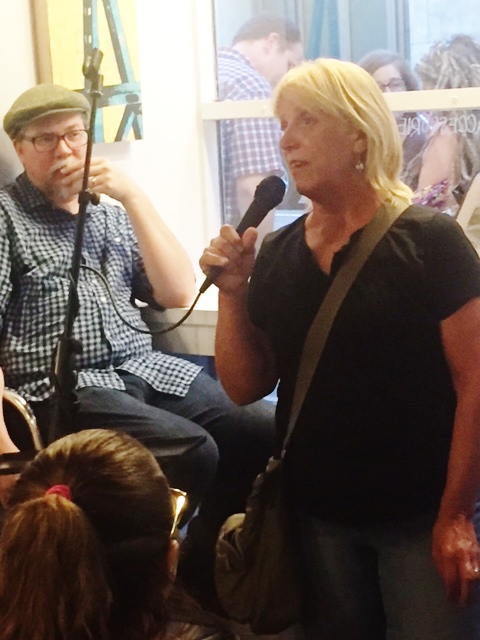 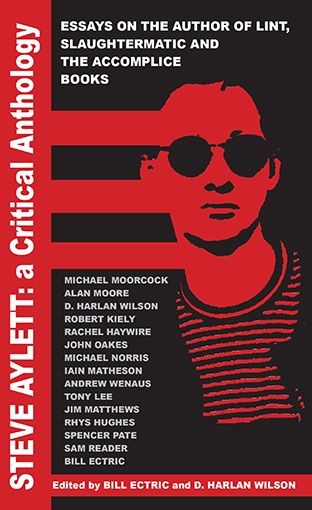 Rachel Kendall of Sein und Werden interviewed me about the new collection of essays on the work of Steve Aylett, edited by me and D. Harlan Wilson. Here’ an excerpt:

Rachel Kendall: A number of writers in the anthology refer to Aylett as a writers’ writer. What does that mean to you, and do you think it is significant?
Bill Ectric: Serious writers do a lot of reading. We pay attention to style, theme, and plot. We’ve seen just about every variation of theme and plot imaginable. We’ve seen detailed flowery prose and terse compact sentences; romanticism, realism, modernism, postmodernism, and all manner of genres and sub-genres. Steve Aylett, apparently bored with what’s gone before, moves past it all, often in a humorous way. Other writers get it. It’s not that he disdains what has come before him, he just doesn’t want to read what seems to him as the same books over and over again. Here’s one example: A few years ago I got interested in astronomer/alchemist John Dee and his working relationship with spirit medium/occultist Edward Kelley. I read books, articles, and essays on these men. Much later, in the Appendix to Aylett’s Shamanspace, I found a single sentence that cracked me up with laughter, because it summarized everything I’d read about Dee and Kelley with, “Elizabethan alchemist John Dee witnessed the scarab star of god blooming with a creak from the wooden table at Clerkenwell – a vision immediately waylaid by the arrival of unwitting holy man Edward Kelley who wasted years of Dee’s time with useless signs and wonders.” It was like, that’s all you need to know! You know?  If I call someone a “guitarist’s guitarist” it means that because I play the guitar, I can see just what they are doing, even though I can’t do it myself. Maybe I can learn to do it, but I would have never thought of it. 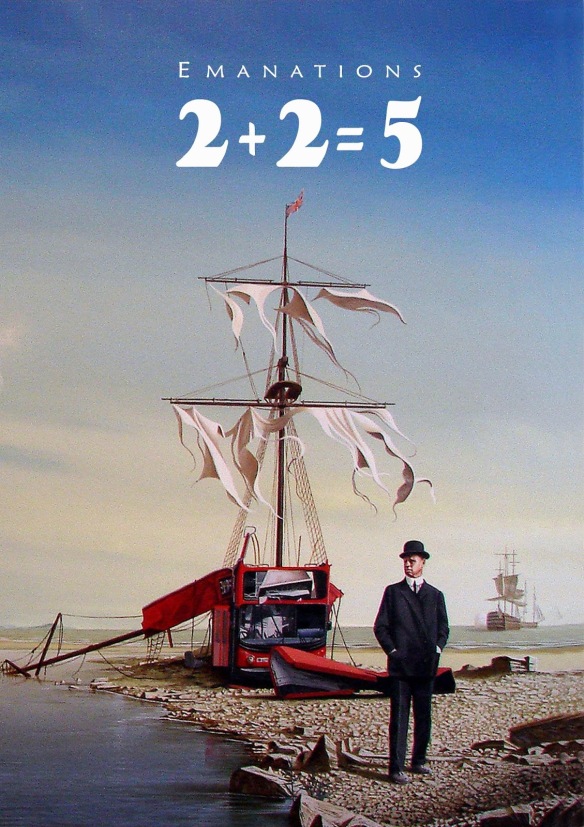 Carter Kaplan has announced that, “Emanations: 2 + 2 = 5 is now in the final stages of production,” saying:

Here is a glimpse of the cover art by Ruud Antonius, taken from his painting The Fourth Plinth  (oil on panel, 100 x 80 cm).
Mr. Antonius is a Dutch painter who lives in the United Kingdom.  He has a large following in Europe where in the world of fine art surrealism enjoys greater support than it does in Britain and the United States.  Please click HERE to visit Mr. Antonius’s web site.

Here is the tentative table of contents: 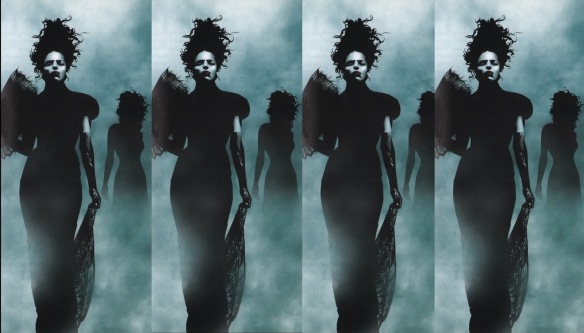 Art by Jae Lee from “The Illustrated Dracula”

From Why Not: A Blog, James Jones discusses the art of Jae Lee:

“His work is decorative, minimal intricate, detailed and refined. The work in many ways is a genre unto itself. Artist/Illustrator Jae lee is the elegance among the utilitarian, the poetry among the mundane. lee is best known for his still bourgeoning career as a graphic story-teller for Marvel and DC comics. His assignments consist of the “special” and the “heavy-weight” projects. Marvel’s adaptation of the Stephen King series “The Dark Tower” went to lee and it is to date is his most powerful achievement. The panels are rich with substance, alluring and visceral to an extreme.” 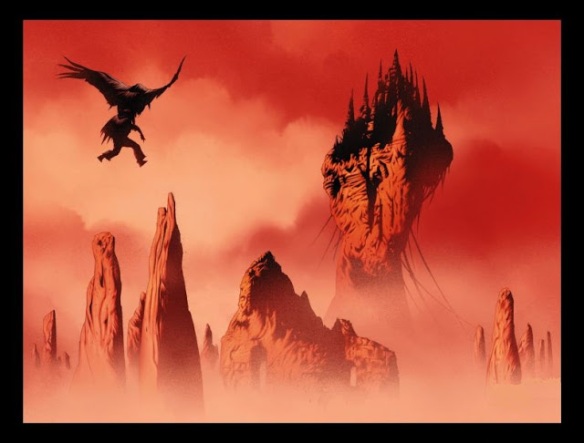 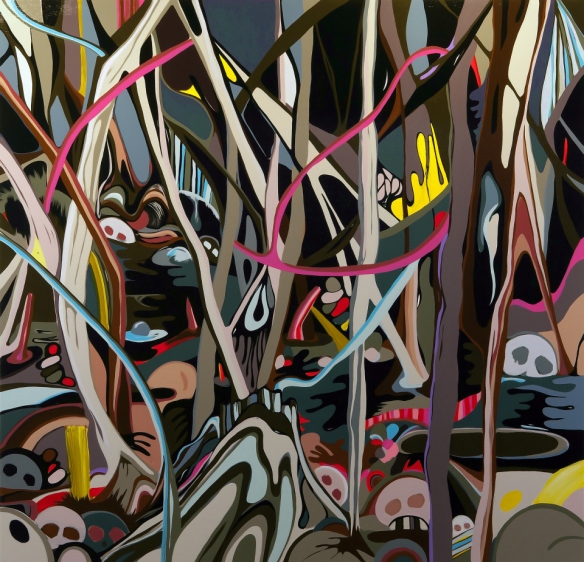 On his blog, Starehouse, Daniel A. Brown interviews artist Sarah Emerson, whose work he compare to British poet Gerard Manley Hopkins’s gift of “traversing what he called the “outscape” and “inscape” of being, celebrating the natural world around him while traveling deep into the shifting lands of his own interior terrain . . . in a world of shadow taunting light, where faith and direction are swallowed up like sunlight hitting the moon.” It’s a good interview.

“When the eighties suburban sprawl was just beginning, the thing that I remembered about a lot of the neighborhoods we lived in was that they were always in the midst of another phase that was being developed. So you could ride your bike to the edge of a neighborhood and there would be these streets to nowhere. And they were still wooded, so there would be these crazy cul-de-sacs that went nowhere and were just really wild.”

“…the idea that people have been absorbed by the landscape or eaten up by the landscape is a big part of my work. I always thought of a landscape as sort of being figurative anyway; I mean it’s metaphoric in many ways and the animals had always represented sort of human behavior when I used to put a lot of animals in them. But now they’re kind of barren, it’s like they have eaten the people.”

“There is an aspect of the spiritual in my work to a degree and I’m very interested in Milton’s “Paradise Lost,” the fall of Satan and those kinds of stories that really speak to this idea of the loss of innocence and what that means. But I really relate that back to nature and I guess I would use nature and spirituality in similar ways, because nature is (…) we kind of understand it but at any moment we can experience something like an earthquake (…) I mean, shit, in Florida the earth is swallowing people.”

On his blog, These Fantastic Worlds,  Jake Jackson celebrates the revolutionary art of William Blake. “Artistically,” says Mr. Jackson, “Blake was influenced by Raphael, Michelangelo and Dürer, but his mental life was informed by the political, social and philosophical forces that broke from the moorings of enlightenment (and its strict codes of reason and order), fueling the bloody revolutions of America and France.” 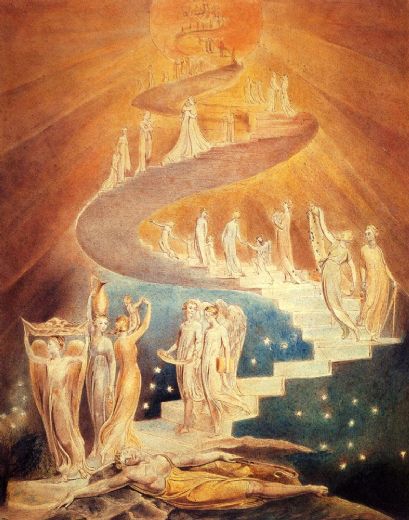 As a follow-up to my article about Ali Mirdrekvandi’s book, No Heaven For Gunga Din, here’s a page dedicated to the Art of Leo and Diane Dillon. They illustrated the covers of books by Ray Bradbury, Kurt Vonnegut, Clifford D. Simak, A.A. Milne, Madeleine L’Engle, Mark Twain, Philip K. Dick, Roald Dahl, and many, many more. 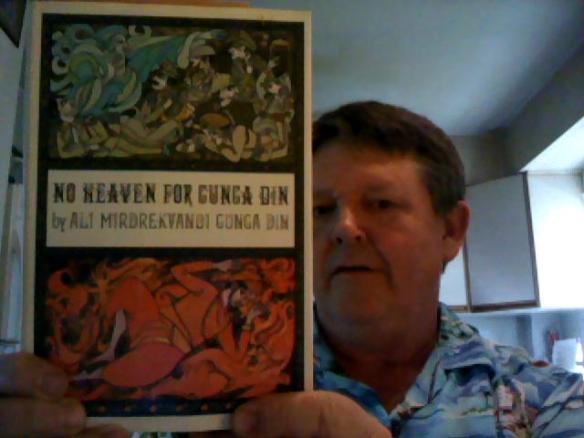 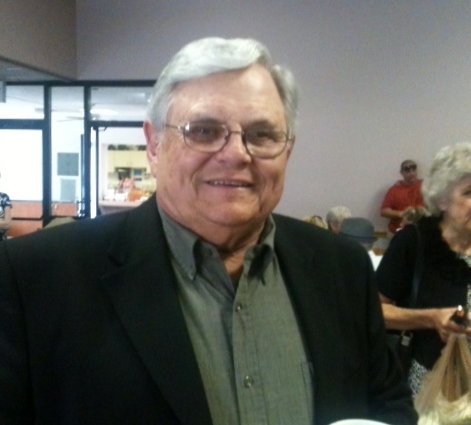 I recently wrote about my great-uncle, Corbett Hamilton, who wrote poetry as well as a series of newspaper articles about the Hatfield-McCoy feud. Today I want to introduce my wife’s great-uncle, Tom Harris, a retired art teacher from Quincy, Florida. One of Mr. Harris’ art students was Dean Mitchell, one of the most recognized and award-winning watercolor artists in the nation.  A brochure accompanying his 2011 Gadsden Arts Center exhibit says, “Mitchell’s high school teacher Tom Harris was an early champion, taking him to art fairs and competitions, in addition to helping him develop his skills in school.”

Those of you who know me, know that I believe teaching is one of the noblest professions. It’s my understanding that when states cut their budgets, art and music are often the first subjects to go. This is sad, because science and math need to be balanced with things like music and art. 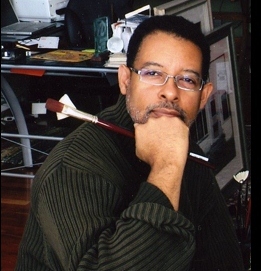