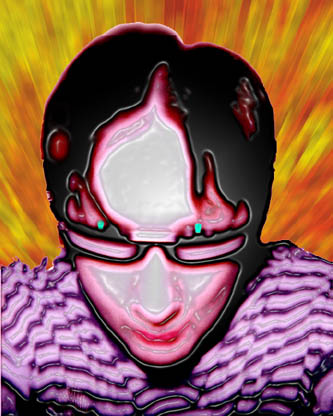 My edit of Steve Aylett’s LINT THE MOVIE can now be seen in its entirety HERE.

Featuring clips from Lint’s books, cartoons, music, comics and films, the movie follows the writer’s life from the days of vintage pulp, psychedelia, dangerous theater, and his disastrous scripts for Star Trek and Patton. Commentary by those who knew and read him create a compelling portrait of the creator of Clowns and Insects, Jelly Result, The Stupid Conversation, the Caterer comic, and Catty and the Major, the scariest kids’ cartoon ever aired. Based on Steve Aylett’s books ‘LINT’ and ‘And Your Point Is?’

In the US the movie will be screened at BizarroCon 2011 in November –
http://bizarrocon.wordpress.com/
LINT THE MOVIE stars Alan Moore, Josie Long, Stewart Lee, Jeff Vandermeer, Steve Aylett, Robin Ince, Leila Johnston, Mitzi Szereto, D Harlan Wilson, Andrew O’Neill, Bill Ectric and other writers, artists and musicians. It’s based on Aylett’s books LINT and And Your Point Is?.

LINT THE MOVIE documents the life and work of cult SF author and philosopher JEFF LINT, creator of some of the strangest and most inventive works of the twentieth century.