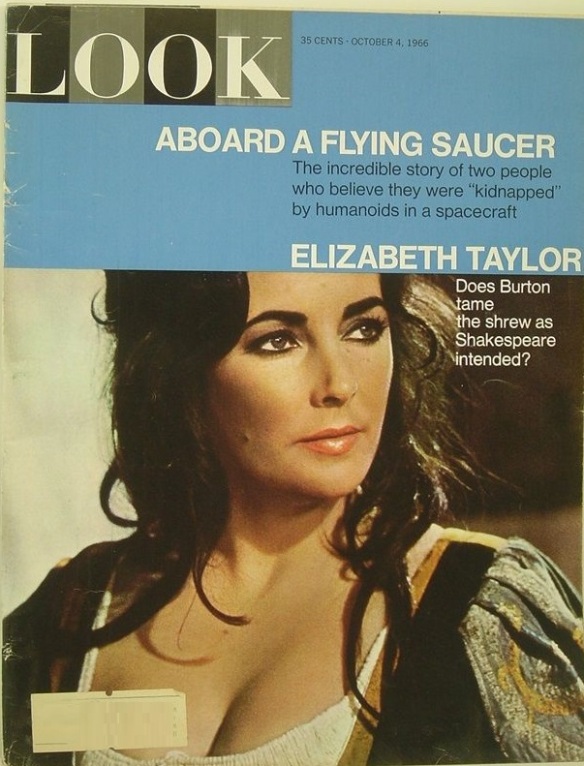 One of my magic years is 1966. My 12th birthday was in June of that year. Sociologists and psychologists describe the ages of 12 to 14 as early adolescence, the onset of puberty, the ability to form more complex thoughts, and a moving away from parents in search of individuality.

1966 felt like I was on the cusp of something new, something wild, maybe even weird. Images filtered into our home via magazines, television, and film – images of Andy Warhol’s Exploding Plastic Inevitable, featuring The Velvet Underground and Nico, for example. I didn’t know what it all meant, but it was something not for the parents. We could buy cool wrap-around sunglasses, similar to the ones worn by members of the Velvet Underground.

Of course, there were other good years after 1966, and in real life you can’t really draw a line between years; one blends into the other. But 1966 was the last year I could truly enjoy the tactile, glittering combination of plastic, electronics, sugar (on cereal, in bubble gum and Coca-Cola), and unlimited potential, without the teenage angst, the far-off dread of the Vietnam war, new pressures of school, and the guilt imposed by environmentalists. Don’t get me wrong – I want to save the planet – but I’m just talking about the way I felt as a kid. After the 1967 Summer of Love, plastic became a derogatory word for fake and hypocritical, and it was ruining our planet because plastic is not biodegradable. The hippie communes fascinated me. I read Thoreau’s Walden and briefly considered a hermit’s life in a cabin in the woods. It never would have worked. Even camping out in the backyard with my friends had drawbacks. It got cold at three o’clock in the morning!

I know it sounds strange that a 12 year old would be worried about going to war. I should explain that in my small town, 1966 seemed to last until 1969. By 1969, the ’67 Summer of Love had given way to what some called “the death of the American Dream,” or “America’s loss of innocence,” with events like the Sharon Tate murders and the killing of a concertgoer by the Hell’s Angels at a Rolling Stones concert in Altamont. In one of my favorite book passages of all time, Hunter S. Thompson’s Fear and Loathing in Las Vegas (1972), subtitled, A Savage Journey Into the Heart of the American Dream, writes about the great wave of sixties hope finally breaking and rolling back.

“We had all the momentum; we were riding the crest of a high and beautiful wave. . .
So now, less than five years later, you can go up on a steep hill in Las Vegas and look West, and with the right kind of eyes you can almost see the high-water mark—that place where the wave finally broke and rolled back.” ― Hunter S. Thompson, Fear and Loathing in Las Vegas (1972)

In the April 8, 1966 issue of Time Magazine, John T. Elson wrote the cover story, Is God Dead? It was an even-handed look backward and forward about the questions of faith and doctrines. You might say it formed my theology because we didn’t go to church when I was growing up. My mother used to read things to the rest of our family in a kind of conversational, “oh-this-is-interesting” way. I think it was her way of teaching my brother and I things, which she didn’t know how to put into her own words, knowing we could read it for ourselves but probably wouldn’t. I remember her reading excerpts from the Time magazine article, like where Elson said,

“Protestant faith now means not intellectual acceptance of an ancient confession, but open commitment—perhaps best symbolized in the U.S. by the civil rights movement—to eradicating the evil and inequality that beset the world,” and “In search of meaning, some believers have desperately turned to psychiatry, Zen or drugs. Thousands of others have quietly abandoned all but token allegiance to the churches, surrendering themselves to a life of ‘anonymous Christianity’ dedicated to civil rights or the Peace Corps.” Now I attend services an Saint John’s Cathedral, an Episcopalian church that specializes in feeding the hungry and housing the homeless.

The luxury of being 12 years old in 1966 is that I felt as though I had plenty of time to figure out religion. In 1966, we were a household of smiles, laughter, my brother’s first bicycle, with butterfly handlebars and a banana seat; my first camera, a Kodak Brownie 127 model; our family’s first combination record player/8-Track tape stereo. My father taught my brother and me to solder wires and helped me build a crystal radio from a kit. We hooked up a plastic skull to a small motor and put it in a cabinet. When you opened the cabinet, the skull’s mouth opened and a little tape recorder said, “why are you looking in here?” or “Oh, my aching bones” or anything else we recorded on the three inch reel of tape.

The Jeff Beck/Jimmy Page version of the Yardbirds, who, along with Keith Relf, Jim McCarty, and Chris Dreja, had a cameo appearance in Michelangelo Antonioni’s film Blow-Up (1966). Film critic Andrew Sarris called the film “a mod masterpiece.” Blow-Up reflected sights, sounds, and mood of “Swinging London.” In the New York Times, Bosley Crowther called the movie a “fascinating picture, which has something real to say about the matter of personal involvement and emotional commitment in a jazzed-up, media-hooked-in world so cluttered with synthetic stimulations that natural feelings are overwhelmed.” Fuzz-tone guitar electronics was getting more popular.

If I had to pick a favorite Beatles album, I would choose their 7th studio album, Revolver , released on August 5, 1966, a marriage of philosophy, romance, and rock & roll. Revolver embodies a perfect balance of exuberant summer warmth, autumn-like gothic melancholy, and meditative psychedelia, driven by whip-snap drumming, hot ringing guitar tones, and the drone of Hindustani classical music. My verdant valiant summer took on a pleasant chill as leaves began to ripen and die, while I, like a grinning glow-skull, reveled in the profound implications of getting stronger while simultaneously aging in time and place, living outside of time looking in, knowing I could always return to this window of scrutiny at any age. Lennon and Harrison, in particular, were experimenting with LSD. McCartney was experimenting with avant-garde techniques like musique concrète. Starr’s top-notch drumming held it all together. One need only listen to the plodding, wobbling outtake of Tomorrow Never Knows on the Beatles’ Anthology Album to appreciate Starr’s dynamic drumming on the superior Revolver version.

Truman Capote described his book, In Cold Blood (Random House, 1966) as a “nonfiction novel.” He also called it an “experiment in journalistic writing.” This style of writing would come to be known as “New Journalism.” Traditional journalism is objective, concerned only with the facts. New Journalism is subjective and includes the author’s personal reaction to the subject they are writing about. The writers of New Journalism often insert themselves into the story. Hunter S. Thompson’s first published book, Hell’s Angels: The Strange and Terrible Saga of the Outlaw Motorcycle Gangs (Random House, 1966) is also considered a category of New Journalism called Gonzo. Other New Journalism writers include Tom Wolfe, Norman Mailer, Joan Didion, Terry Southern, Robert Christgau, Gay Talese, and others. According to literary critic Seymour Krim, the term New Journalism was first used in 1965 by Pete Hamill.

Television shows Star Trek (NBC), Dark Shadows (ABC), The Monkees (NBC), Batman (ABC), Mission: Impossible (CBS) all debuted in 1966. The Hollywood Squares (NBC) pilot episode aired in 1965, but the regular series began in 1966. On weekdays, when not in school for whatever reason, I enjoyed watching Hollywood Squares with my mother because it brought nine guest celebrities together in one place to display their knowledge and practice their shtick. Also in 1966, The Marvel Super Heroes animated series marked the first appearance of Marvel Comics characters on television. The show was syndicated to local TV stations, independent of the major networks. My friends and I were excited to see Iron Man, Captain America, The Hulk, Thor, and the Submariner on the tube, but disappointed by the low-budget animation, which usually involved still pictures with just the mouths moving when the characters spoke.

Speaking of Patrick McGoohan, his career move in the sixties illustrates a perfect analogy of what I like to call the “1966 transition.” Danger Man, especially the early episodes, reflected the traditional image of a spy wearing a suit and tie; it harkening back to the 1950s, invoking the cold war and international espionage. Eventually, the series introduced a few spy gadgets as a nod to the James Bond films. McGoohan quit Danger Man in 1965 and spent 1966 planning and producing The Prisoner. During this time, he obviously had his hand on the pulse of popular culture. The Prisoner debuted in 1967. Filmed in the enchanting, storybook-inspired village of Portmeirion in North Wales, The Prisoner reveled in surreal imagery and counterculture rebellion against dubious authority. The dubious authorities subjected the title character (McGoohan) to mind control techniques, including hallucinogenic drugs and dream manipulation. Instead of traditional suits, the characters wore toned-down version of the mod designs found in Swinging England’s Carnaby Street. If a prisoner escaped from the island by boat or swimming, a giant bubble chased them down, skimming across the ocean surface, and returned them to captivity. The bubble added an element of science fiction to The Prisoner.

Speaking of science fiction (or was it nonfiction?), Look Magazine featured a story in their October 4, 1966 issue called “Aboard a Flying Saucer: The Incredible Story of Two People Who Believe They Were Kidnapped by Humanoids in a Spacecraft.” This was the story of Barney and Betty Hill, a real-life couple who claimed to have been abducted by a flying saucer. The Look article consisted of excerpts from the best-selling book, The Interrupted Journey (1966, The Dial Press), as told to John G. Fuller by the Hills. The book was made into a television movie called The UFO Incident in 1975, starring James Earl Jones and Estelle Parsons. This book is a major source of all the “experimental probing” tropes that are so common today. This story fascinated me as a 12 year old kid, and there were nights when I could have sworn I heard weird electric buzzing in the walls and saw unexplained lights in the sky. Incidentally, Look Magazine’s advertising revenue peaked in 1966 at $80 million. I’m reminded of Ray Palmer, editor of Amazing Stories magazine in the 1940s, who said Amazing Stories sales increased dramatically when he published a series of stories by Richard Shaver, known collectively as The Shaver Mystery. Shaver claimed that space aliens, left behind on Earth many years in the past, had evil mutated descendants still living underground in caverns. These mutants would sometimes emerge from their lairs to kidnap humans for nefarious purposes, and they frequently tampered with Shaver’s mind by sending invisible rays into his brain. Funny thing – Shaver also claimed his stories were true.