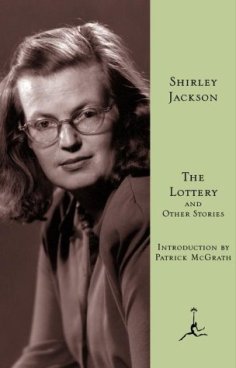 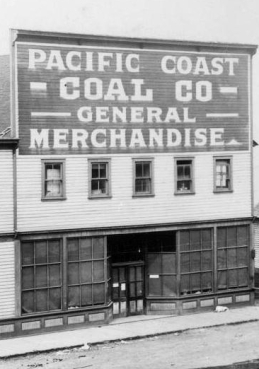 In her short story, “The Lottery,” Shirley Jackson symbolizes the power of “big business,” in collusion with the government, to control the private citizens. She published it in 1948, not a particularly strong year for anti-industry rhetoric. Earlier American authors were a better fit for that subgenre, with novels like The Octopus: A Story of California (1901) by Frank Norris and The Jungle (1906) by Sinclair Lewis. Conversely, only three years after World War II ended, most Americans were optimistic about industry growth. On the eve of the Golden Age of Capitalism (Marglin 39). Nevertheless, Jackson placed signs and symbols of corporate tyranny in The Lottery, as this essay will demonstrate. Post-war optimism aside, Jackson knew something was wrong. Her husband, literary critic Stanley Edgar Hyman, probably said it best when he called The Lottery, “a sensitive and faithful anatomy of ours times, fitting symbols for our distressing world of the concentration camp and the Bomb” (Hyman).

The lottery takes place in a small, rural village and is officiated by three men who are, arguably, the three most powerful men in town. The owner of the coal company, Mr. Summers, directs the proceedings of the lottery. Summers enters the town square carrying a black box full of folded strips of paper. Mr. Graves, the Postmaster, performs the swearing-in of Mr. Summers. Mr. Martin, who owns the grocery store, and his son Baxter, hold the box steady while Mr. Summers stirs the papers inside. The men in the crowd talk about “planting and rain, tractors and taxes,” which indicates that many of them are farmers. As farmers, they might rely on Mr. Martin, the grocer, to buy their produce. They might be in debt to the bank for the purchase of tractors or other farm equipment. They are certainly subservient to the government in that they must pay taxes, indirectly supporting the Postmaster, Mr. Graves. Only around 300 people live in the village, so most of the non-farmers must work for the coal business, owned by Mr. Summers.

In this village, the tradition of the lottery goes back so far into the past that the townspeople have forgotten some of the original parts of the ceremony, but they accept the validity of the lottery, mostly without question. They link the ceremony to crop fertility, as evidenced by Old Man Warner quoting an adage, “Lottery in June, corn be heavy soon.” It sounds like a pagan rite, and by the end of the story, we see just how pagan it is. We learn why people have collected rocks in preparation for the event. The townspeople kill the lottery winner by stoning. This time around, they kill Tessie Hutchinson. Thus, Tessie Hutchinson becomes a sacrifice, ostensibly for a bountiful harvest.

Why would anyone want to continue such a terrible tradition? Notice that all the slips of paper are blank except for one. The “winning” paper had a black spot on it, “the black spot Mr. Summers had made the night before with the heavy pencil in the coal company.” Graphite is the main ingredient in pencil lead. Graphite and coal are both forms of carbon. The black spot on the paper represents coal. Notice that Mr. Summers wielded a “heavy” pencil, representing the heavy hand of power. The lottery is a control system.

The most powerful men in the village are perpetuating a violent ritual among the obedient residents of the community, and that makes the lottery in Shirley Jackson’s tale a sinister variation on Girard’s scapegoat mechanism. Girard described the scapegoat mechanism as a small dose of violence that served to avert a more catastrophic violence. Conflicts occur within a community, according to Girard, because of rivalries. When conflicts grow, threatening the existence of the community, the scapegoat mechanism acts as a pressure valve. The members of the community set aside their differences to unite against one person, and that person becomes the “scapegoat.” The scapegoat mechanism, as described by Girard, is a subconscious human phenomenon. What makes the lottery in Jackson’s story so sinister is that the town leaders have consciously institutionalized it to keep the populace docile. Whatever circumstances might normally interfere with docility need not be specified, as conflict is a part of any society.

Governments and corporations often work together, sometimes legitimately and other times in illegal collusion. Singer/songwriter Merle Travis recorded and released a song in 1946 called “Sixteen Tons.” The song described the plight of coal miners who, in return for employment, were required to buy supplies from the company store, which was owned by the coal company and more expensive than other stores. It was often very difficult to get out of debt to the company store. Historian Lou Athey says, “The stores served numerous functions, such as a locus for the government post office…and community center…(Athey). The connection between the coal-company-owned store and Post Office may only be coincidental to the setting in The Lottery, but it illustrates the idea of privately-owned corporations working with government institutions. When coal miners went on strike in 1919, the Federal government invoked a wartime measure that made the strike a crime and sent soldiers and spies into the camps to enforce production (Marcus). The government and police created scapegoats by accusing strike sympathizers, especially foreigners, of socialism and communism, going so far as to arrest some of them (Marcus). Similarly, the late 1940s and early 1950s saw the rise of the “Red Scare” and McCarthyism, in the United States, in which anti-communist paranoia resulted in “systemic persecution of those who were believed to have subversive worldviews” (“The 1940s”). The company stores are closed now, but other collusions abound. As recently as February 7, 2018, President Trump nominated Marco Rajkovich, an attorney who has defended coal mining companies charged with safety violations, explosions, and other disasters, to oversee mine safety cases (Ganim). In March 2017, “A bill approved by Kentucky lawmakers Tuesday would cut back the number of state inspections of coal mines per year” (Jamieson).

In 1939, the population of the United States was 131,028,000 (Clodfelder). In the four years this country was involved in World War II, we lost 418,500 soldiers (Clodfelder), or roughly .32% of our total population. Shirley Jackson tells us there were just over 300 people in the village in The Lottery. When the villagers stone their annual victim, Tessie Hutchinson, they are killing around .32% of their own.